I strongly condemn the vandalism of Mosque in broad daylight in Kathmandu, Sundhara : Akram Pathan 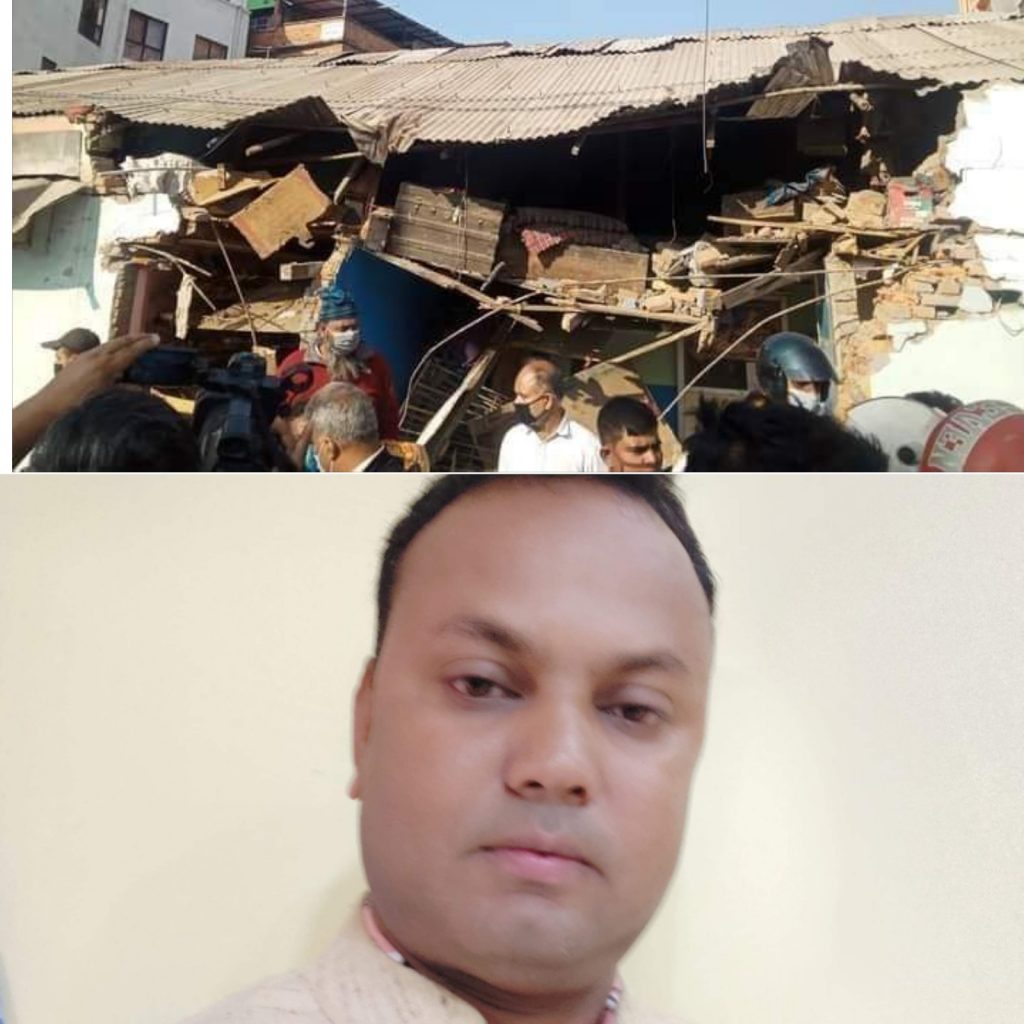 Krishnanagar, 24 oct : JSP state spokesperson demand strick action should be taken against all involved, including the land mafia and said, This is gift from communist govt. to the Muslim community.

The Musafir Madani Mosque in Sundhara was vandalized on Saturday morning. The Mosque was Vandalized by Jujukaji Maharajan’s group. Maharajan has been taken under arrest by Police.

It is said that this mosque, which is more than a hundred years old, has become a target of land mafia. Samir Ansari, chairman of the Muslim Commission, who arrived at the scene after Maharjan’s group demolished the mosque, said that the land mafia had demolished the mosque to grab land. Located just behind the tower under construction, the mosque is owned by the Government of Nepal and is being managed by the Bhogchalan Mosque.

Geeta Pariyar, a ward member of Kathmandu Metropolitan City-22, which has a mosque, said that some land mafias have always threatened to vacate the mosque with the involvement of the ward chairperson. The mosque was damaged when the tower collapsed in the 2072 earthquake. It is being used by the Muslim community as a temporary structure. The mosque, which was established as a place of prayer when Muslims used to come to Kathmandu a hundred years ago.